SubQuest: Running in the Rain 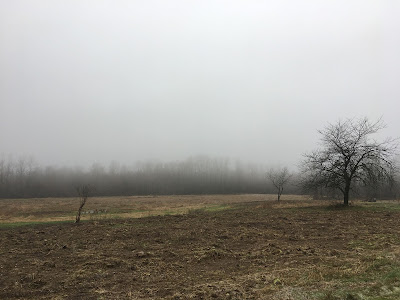 Sometimes it's hard to know when to persevere and when to give up.  Deciding between easier or more difficult options can often be challenging.  Moreover, it's not always very clear which option is the right one.  On a typical cold rainy day in British Columbia, I had a decision to make: Do I drag my family along to go running with me or not? 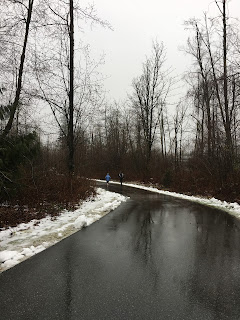 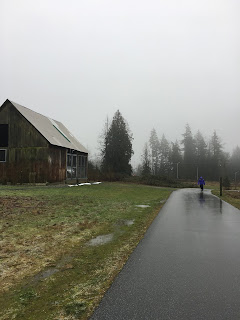 Why on earth were we going for a run outside on a Saturday morning during the Canadian winter (albeit the west-coast version)?  The short explanation is: we're in training.  The slightly longer explanation is that we all needed to get in shape and it was decided that the best way to go about doing so was to train for a 10km run.  This requires us to train three times a week.  We had already missed one session this week and I was determined not to miss another. 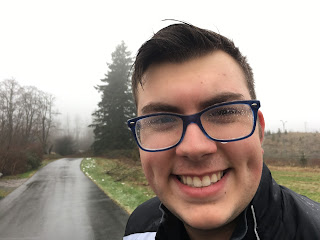 And so I convinced them to don their running gear and, despite a bit of grumbling, we were off.  I was thrilled that we were training for this run.  I went running quite frequently during my spare time in high school, but I, unfortunately, abandoned the pass-time when I started university.  A combination of longer school days, heightened levels of exhaustion, more hours studying, and a lack of motivation started me down a path of little to no exercise; and I was sick of it! 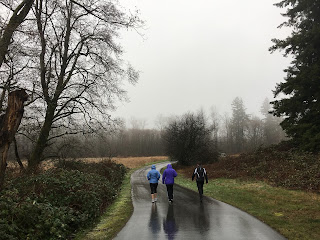 Now, I am committed to getting back in shape and becoming a healthier version of myself.  This body is mine for the rest of my life, so I've got to take good care of it.  In addition to running, I hope to integrate hiking, yoga, and a small daily workout routine into my schedule.  I've already started on some of these and I intend to continue to make progress in these endeavors. 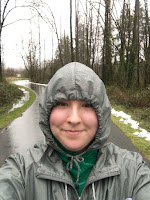 Every now and then it's perfectly alright to cut yourself some slack.  Constantly pushing yourself to your limits will eventually cause you to burn out.  Believe me, I've been there many many times.  That being said, I believe that hard work and dedication pay off in the long run.  Remember, that when you take shortcuts you are often cheating yourself.  Demonstrate self-love by investing time and effort into your well-being.  Sometimes that means running in the rain.

Email ThisBlogThis!Share to TwitterShare to FacebookShare to Pinterest
Labels: SubQuest

After a whirlwind of final exams, I am in serious need of some R&R.  I thought that the best way to kick off my 3-week-ish break (ye... 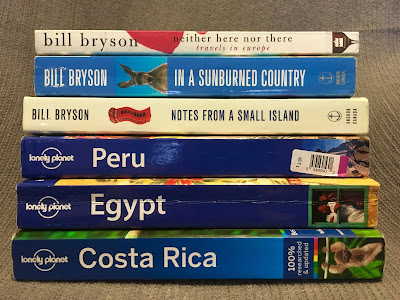